The makers of FlatOut, Bugbear Entertainment, took to Kickstarter in hopes of funding their physics based car smash em up Next Car Game.

With the Kickstarter about half way over and only about a 3rd of the way funded Bugbear really could use the support to make a game that appears to have highly advanced vehicle simulation physics and looks gorgeous.

Did you love the over-the-top, reckless racing action of the FlatOut series? Or the ferocious wrecking fests of the Destruction Derby games? We did too! What if you could somehow relive those glorious moments, mixed with some serious Street Rod inspired vehicle upgrading and spiced up with fierce online races where players can battle it out with their tricked out bangers?

Now THAT would be something. 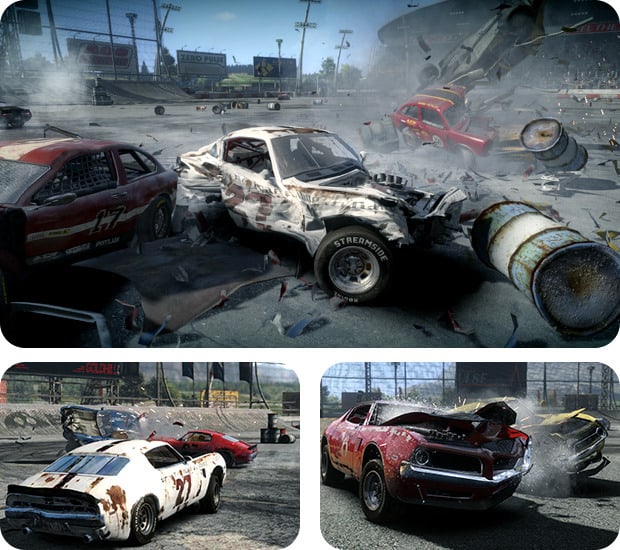 Over the years, we’ve been thinking about going back to our roots, and creating another high-octane racing game that would capture the spirit of over-the-top action and reckless racing as the legendary games of the past. For years, both Destruction Derby and FlatOutfans have been screaming for a comeback.

Now it’s the time, and we have some pretty exciting news for you. Our next racing game is going to bring those unforgettable moments up-to-date, and the best part of it all is that we want to make it with YOU!