This morning started out pretty good for me. I woke up early despite the horrible curse of daylight savings time, I went to get a bagel and coffee for breakfast, then came home and got something productive done. The highlight of my day though up to this point was sitting down to check out a new game called Prismatica. As it turns out, after drinking 24 ounces of iced coffee made with coffee ice cubes, I’m pretty wired on caffeine. Prismatica dropped into my inbox and magically cured my jitters almost instantly. Maybe it was the music, maybe it was the challenging puzzles that engaged my brain, all I know is that Prismatica is magical.

Prismatica is a new type of twisty puzzle game, inspired by Rubic’s Cubes, Sudoku, Dodecahedrons and way, way too much caffeine, where the goal is to unscramble a series of puzzle boards by rotating multi colored pieces to match a logical pattern. It’s easy to learn and simple to play but surprisingly deep and difficult to master at later levels, presenting even the most veteran of puzzle enthusiasts with brain-tickling challenge.

Prismatica’s aesthetical design and feel is intended to be calm and essentialist, presenting the player with a pure puzzle to focus on solving in a flowing natural way. A hauntingly beautiful soundtrack from award winning indie folk musician Svarar Knutur reinforces the stoic atmosphere of contemplation and mental challenge presented by the deceptively simple looking puzzles.

I came across Prismatica by chance this morning and immediately fell in love with the “essentialistic style” that the game uses.  Developed by Thordur Matthiasson of Loomus Games, Prismatica is the latest title in a hopefully long career of video game development for the studio.

Loomus Games is a one man independent game development studio located in Iceland (yes, that place where they make the game with the really expensive spaceships that keep getting blown up).

Loomus Games was started in the beginning of 2011 by Thordur Matthiasson, who walked out on a blooming career in corporate software development after after a sudden jolt of “This sh*t is NOT why I got into programming!”.

Thordur now works as senior server and customer support tools programmer at CCP games and designs and builds indie games on the side in all of his spare time for two reasons; making games is as close to real magic as you can get, and games saved his life once.

I couldn’t agree more with the idea that games can be magical, and I’ll be damned if Prismatica isn’t the most magical game I’ve played this month. I loaded up an alpha build of the game and was immediately greeted with the calming music of Svarar Knutur, an artist that I must admit I’d never heard of but whose music I thoroughly enjoyed. There’s just something about the choice of music that really makes you slow down and just think about the puzzle in front of you. It really works for Prismatica a lot more than some fast paced dubstep tracks would. Prismatica isn’t about doing insane time trials, performing crazy combos, or any of the usual stuff that we see so much of these days in puzzle games. Prismatica is a beautiful, calming, pure puzzle game that engages your mind and soothes the soul. Within minutes my coffee induced jitters were going away; a feat I entirely attribute to Prismatica’s music and engaging gameplay.

Prismatica isn’t a super complicated game to learn, you spin some wheels and match intersecting colors on a color wheel. Anyone who’s played with a Rubik’s Cube will be immediately familiar with the basics of gameplay. I loved the fact that I could dive into the puzzles right away. The first few levels I played were easy and mostly involved moving 2 wheels and matching one color. A few levels into the game though everything changed and I’m pretty sure I audibly said “ohhhhhh”.

Prismatica is simple by design but oh so challenging when you dive deeper. It’s a game that made me slow down and contemplate my moves to hopefully get to an intended outcome; much like chess. Being able to see all of my options on a 2d plane really helped me visualize the puzzle much more than I ever was able to with a Rubik’s Cube. Prismatica never punished me for making the wrong move. If made a mistake I could fix it through gameplay without having to start over or endure flashing warnings screens. Prismatica is exactly what a puzzle should be in my mind, calming. 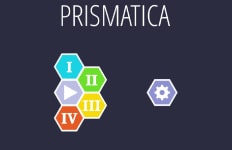 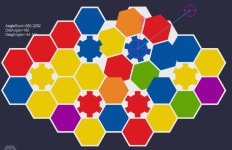 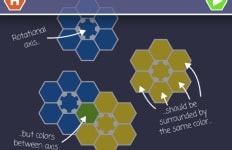 Prismatica should be arriving on mobile devices (iOS, Android, Windows Phone 8) and PC (Windows, Mac, Linux) in early Q2 2014. Prismatica is in my eyes a must buy for damn near everyone and will surely be a big hit on mobile devices.

Check out the official website for Prismatica to learn more. I’ll leave you with some quotes from their website that I quite enjoyed. 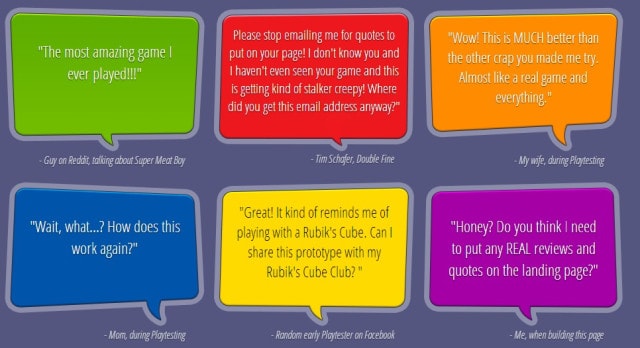 Diablo 3 Will Not Add Controller Support to PC Version